This article first appeared in GreenMedInfo.com and is written by Linda Woolven & Ted Snider 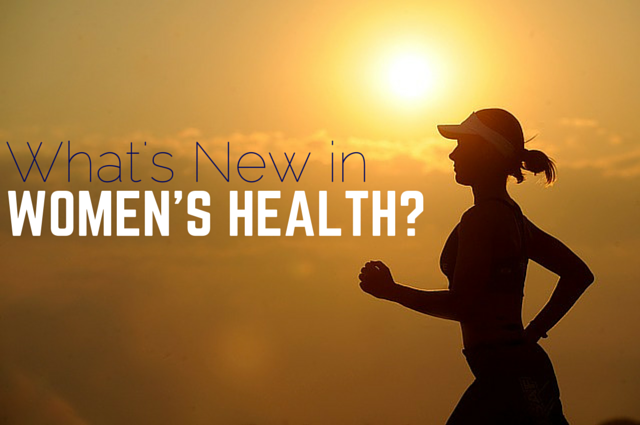 What does nature have to offer that’s new for women? Quite a lot!

A very exciting 3 month study compared four groups: 5g of flaxseed + training about menopause, 5g of flaxseed without training about menopause, HRT or a control group that that received no therapy. Menopause symptoms improved by 9% in the flax group, 9.8% in the flax/training group, 10% in the HRT group and got worse by 7% in the control group, meaning that flax is similarly effective to HRT. Actually, though, it’s better. Because Quality of Life scores declined even more in the HRT group than in the group that did nothing, but improved in the flaxseed group (1). So flax improves life for menopausal women more than hormones do.

Hops: Help for Physical & Psychological Symptoms
The herb hops contains prenylcaringenin, a powerful phytoestrogen. So, this double-blind, placebo-controlled study tried giving either 500mg of hops or a placebo to 120 women with hot flashes for 90 days. On the Greene Menopausal Scale, the women on hops had significantly lower total symptom scores: there was a 90% decrease in the hops group versus only a 3.6% drop in the placebo group. The women had significantly better scores for anxiety and depression, physical symptoms, hot flashes and loss of interest in sex. Hot flashes dropped by 94.5% in the hops group but by only 0.8% in the placebo group. The hops was very safe: there were no adverse events (2).

Ginkgo, Menopause & Libido
And, speaking of loss of interest in sex, because many women experience some loss of libido with menopause, researchers conducted a triple-blind, placebo-controlled study to see if Ginkgo biloba could help. 63 menopausal women were given either 120-240mg of Ginkgo biloba extract or a placebo for 4 weeks. Sexual desire significantly improved in the ginkgo group compared to the placebo group: 64.5% of the ginkgo group reported moderate to great sexual desire compared to only 34.4% of the placebo group (3).

Ginger
122 women with moderate to severe dysmenorrhoea (painful periods) were given either 250mg of ginger every 6 hours until they experienced pain relief or 250mg of the drug mefenamic acid every 8 hours until they experienced pain relief. The study lasted for 2 menstrual cycles and found that the 2 treatments reduced pain significantly and equally. By the end of the study, about half of the women in each group had improved from moderate/severe pain to mild pain. Though fewer women in the drug group had severe pain at the end, it is important to remember that, while ginger is very safe, NSAID’s like mefenamic acid increase the risk of ulcers, bleeding, cardiovascular disease and other side effects (4).

An earlier study of 150 women with moderate to severe dysmenorrhoea compared 250mg of ginger 4 times a day to either mefenamic acid or ibuprofen. The treatments were given for 3 days, beginning on the first day of their period. The ginger worked as well as either of the drugs. The authors of the study concluded that ginger is as effective as the drugs (5).

Cinnamon
Two new studies show that cinnamon is a safe and effective way to help with painful periods.

So how does this side effect free herb stack up against a side effect laden drug? A second double-blind study compared a placebo to either 400mg of Ibuprofen 3 times a day or 420mg of cinnamon 3 times a day. Both the drug and the herb were significantly better than the placebo for severity and duration of pain. Though the cinnamon was effective, it was not as effective as the Ibuprofen (7).

So why would you consider taking cinnamon instead of Ibuprofen if it is not quite as effective? Other than that it is much safer, there is an additional situation in which taking cinnamon may be ideal. As the first study shows, when painful periods present with excessive bleeding, cinnamon can be a very suitable herb. Long known as an astringent that helps with heavy bleeding, the study showed that cinnamon not only significantly decreases pain, but that it also significantly decreases bleeding. So, when painful periods are complicated by excessive bleeding, cinnamon may be an effective part of your treatment.

Herbal Combo: Saffron, Celery Seed & Anise
This double-bind study followed 180 women with dysmenorrhoea for 2-3 menstrual cycles. The women were given either a placebo, mefenamic acid or a herbal combination for 3 days starting from the onset of bleeding or pain. The herbal combination included extracts of saffron, celery seed and anise. The dose was 500mg 3 times a day. Mefenamic acid is a NSAID that is commonly used for dysmenorrhoea. It has a host of possible side effects, including ulcers and, incredibly, increased risk of heart attack and stroke. Both the mefenamic acid and the herbal combination significantly reduced pain and duration of the pain, but the reduction was significantly greater in the herb group than in the drug or placebo groups (8).

Chamomile
90 women were given either 100mg of chamomile extract or 250mg of mefenamic acid 3 times a day for 2 months in a double-blind study. There was no significant difference in the ability of the 2 treatments to reduce the physical symptoms of PMS, including breast pain, meaning that the herb was just as good as the drug for physical symptoms. But the herb was better than the drug because it was significantly better at relieving the emotional symptoms of PMS. This study indicates that chamomile is better than drugs for comprehensively treating PMS (9).

Lavender
Researchers conducted a double-blind, placebo-controlled study to see if lavender could be a safe way to help ease anxiety, stress and depression in pregnant women. The researchers asked 141 healthy pregnant women to rub either a placebo cream or a lavender cream onto their legs for 10-20 minutes an hour and a half before going to bed. The lavender cream contained 1.25% lavender essential oil. At the end of the 8 week study, there was significant improvement in anxiety, stress and depression in the lavender group compared to the placebo group. By the end of only the fourth week, there was already significant improvement in stress and anxiety (10).

Aromatherapy
This double-blind study let 100 pregnant women inhale either lemon aromatherapy (lemon peel extract oil) or a placebo 3 times when they felt nauseous. They could do the triple inhale as often as they wanted. Nausea decreased significantly more in the lemon aromatherapy group than in the placebo group (11).

Linda Woolven and Ted Snider are the authors of several books on natural health and of the natural health newsletter, The Natural Path.
You can see their books and subscribe to their newsletter on their website.

Disclaimer: This article is not intended to provide medical advice, diagnosis or treatment. Views expressed here do not necessarily reflect those of GreenMedInfo or its staff.
© 2016 GreenMedInfo LLC. This work is reproduced and distributed with the permission of GreenMedInfo LLC. Want to learn more fromGreenMedInfo? Sign up for the newsletter here http://www.greenmedinfo.com/greenmed/newsletter.